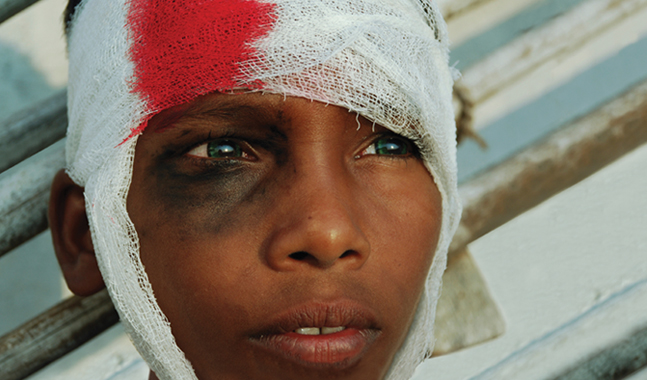 Although MSF had been actively providing medical aid in India since 1999, the organisation had not engaged the Indian public to build awareness, raise funds and lead conversations around medical humanitarian aid. Junxion was invited to work with MSF India to successfully build its reputation and presence in the country.

As part of a strategic planning engagement for MSF India, Junxion delivered a workshop for the organisation’s management team to solidify their 2012 strategy and planning.  Following the workshop, Junxion was commissioned to conceptualise, design and deliver the brand identity for MSF India’s new “Who Cares?” campaign; create a web strategy, design and develop the “Who Cares?” microsite; provide integrated promotional planning (offline and online) for the campaign launch, and provide ongoing counsel and strategy over a two-year period.

On May 10, 2013, MSF India held its first significant public event in Delhi. The goal was to introduce the organisation to a broader group of stakeholders and help fast-track the story of MSF in India, establish a senior position in the NGO community and connect with decision-makers. See a video from that event here.

On July 2, MSF India launched its first public fundraising campaign in the country. It was designed to get people thinking about the importance of medical humanitarian aid in the country. Arresting visuals were used to capture the mind’s eye, leading to emotive and active response to suffering.

For this launch, we developed a host of public display materials, which included a responsive microsite with an engaging UI design, busboards, a media kit, a series of postcards and a fundraising brochure. We also developed an online engagement strategy implemented via memes and banner ads, and a social media advertising programme.

The May 2013 event engaged key stakeholders and potential partners to participate and co-present, leveraged significant media relations potential before, during and after, and provided robust content that will be used and repurposed over the course of the launch year.

The Who Cares? campaign launch was covered by most national newspapers and television channels. The campaign has also won the ‘Fundraising Campaign of the Year—2013’ award by SAFRG.

Ready to start making positive impact?
Benefit from our many years of experience. No task is too big or too complex for our team.
Let's start a conversation