TrustBrand™ | Distinction: The Art of Building a Relevant Standout

It’s a truism of marketing, because it’s taught in the first classes of the first courses on marketing in nearly every undergraduate business program: differentiate or die. Trouble is, it doesn’t work. 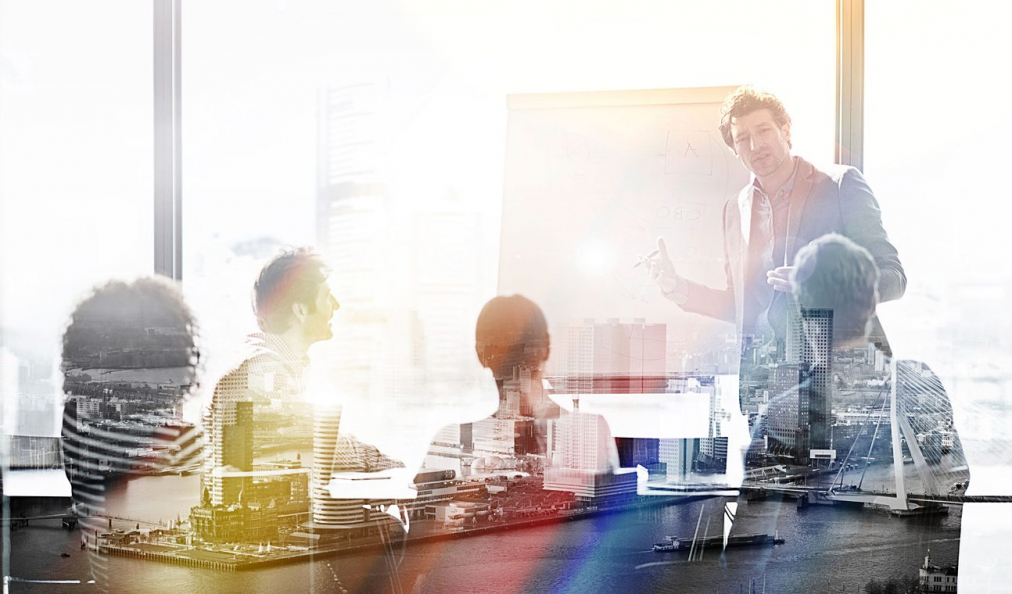 Sure, it’s important for you to build a brand that stands apart from your competitors. If you aren’t different, you are by definition a commodity, and subject to all the price competition that characterizes any commodity market. But differentiation itself is not enough.

Distinguish Yourself Through Deep Relevance

Brands that earn a reputation for distinction also deliver features, advantages and benefits that are relevant to their customers. They’re different from their competition because they’re more focused on what their customers want and need.

Consider the landmark 80s brand blunder, New Coke. Arguably, New Coke was a response to the ‘Pepsi Challenge ’ campaign, a remarkably effective promotion that had been chipping away at Coca Cola’s market share for nearly 10 years. Coca Cola elected to roll out a new version of their flagship soft drink, changing the recipe for the first time since the company’s founding 99 years before.

Coke’s customers (and Pepsi’s, for that matter) had no interest in a new version of what was the world’s most revered brand. For the Coca Cola Company, the unwavering ability to deliver a consistent product around the globe, year in and year out, is the fizz in their recipe for distinction. And their own retelling of the New Coke episode confirms this.

New Coke was definitely different. Unfortunately, it was utterly irrelevant to the tastes and preferences of Coke’s customers.

Contrast this with the aptly named ‘Think Different’ campaign from Apple. It’s widely thought to have been a response to IBM’s ‘Think’ campaign, but unlike the New Coke program, Apple’s campaign spoke to the deepest aspirations and desires of Apple’s customers. Tapping into the inspiration of celebrated people like Albert Einstein (‘The Questioner’), Pablo Picasso (‘The Creator’) and Rosa Parks (‘Human Being’), Apple positioned their brand as essential to ‘the crazy ones,’ “because the people who are crazy enough to think they can change the world, are the ones who do.”

The television ads earned an Emmy Award in 1988 for Best Commercial, and the 2000 Grand Effie Award for the most effective advertising campaign in America. More to the point, though, the new campaign marked Apple’s resurgence to prominence, laying the groundwork for a brand that has grown to be the most valuable company in the world.

So How Do You Distinguish Your Brand from Your Competition?

First, and always, know your customer. ‘Customer Discovery’ is taught to every startup entrepreneur in the now countless incubators and accelerators around the world.

Sadly, it’s a step that too many do once, and never revisit. If you’re not talking to your customers, how can you learn what they’re doing with your products?

Do you really know why your customers buy?

Sometimes, customers’ motivations to buy from you don’t align with the reasons you think they do. Surprises emerge in every open conversation with a customer. And often those surprises point the way to a more relevant framing for your brand.

Second, develop an Empathy Map for each profile of your customers. An Empathy Map is a structured template to help you articulate all that your customers hear, think and feel, see, say and do about your brand. Once you’ve answered those questions, it’s easier to assess what they really gain by choosing to buy from you, and what real life ‘pains’ they solve by using your products and services.

Most companies sell to multiple profiles. Junxion, for example works with at least three groups: social entrepreneurs, social intrapreneurs, and non-profit or NGO leaders. Each has a distinct set of ‘gains’ and ‘pains’ that they satisfy by working with us. 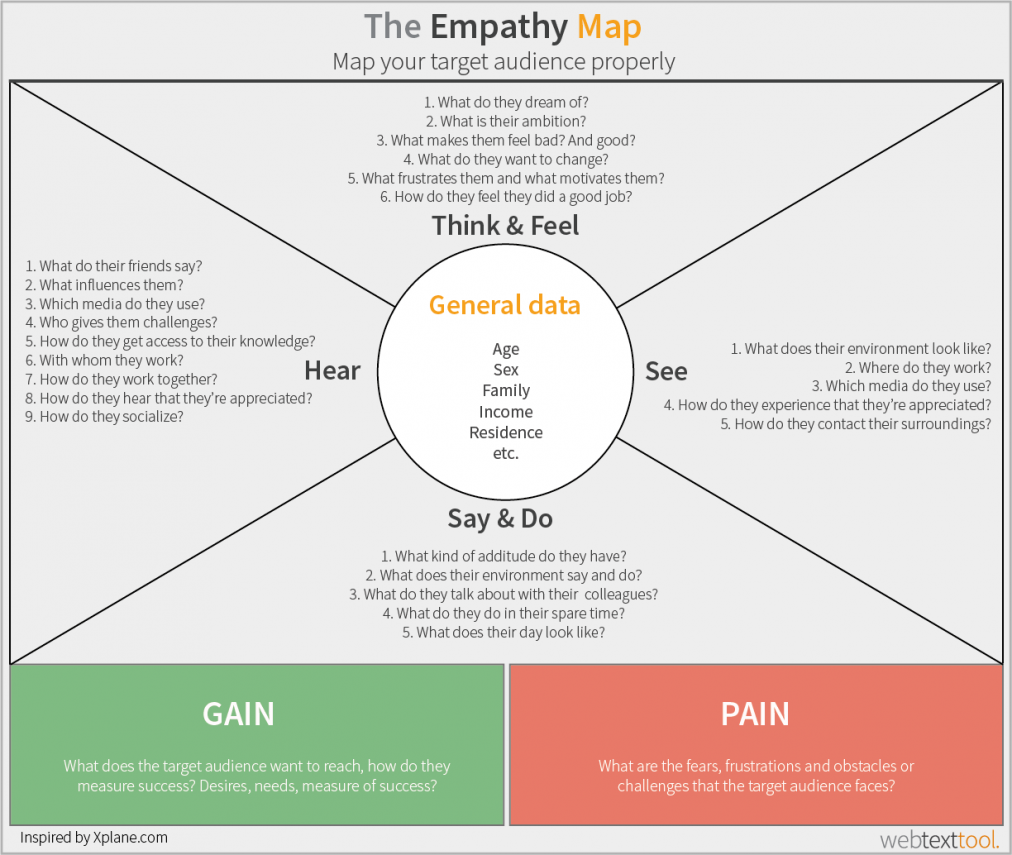 Third, develop personas for each profile of customer. Building from the Empathy Map(s), develop a brief biography or avatar for each type of customer you serve. Perhaps you know a particular customer that really fits the profile? They might serve as the conceptual audience for the distinctive story you’ll craft. What you’re building here is a vivid picture of your ‘typical’ customer, so you and your colleagues have a clear picture of who your brand serves, how they respond, and what you might say and do to appeal to them.

Fourth, develop a distinctive pitch. Use the marketing experts on your team, or your agency’s Creative Director to develop messaging that conveys a distinct—that is, different and relevant—message to each of your audience personas. This intense focus on one persona at a time gives you an opportunity to craft a truly distinct message just for them.

Fifth, test it. Sit down with the customers (or potential customers) you think most closely match the persona you’re trying to reach. Does your new message resonate? Does it fall flat? Are there pieces that ring true, and others that aren’t as clear?

Refine your pitch based on real world feedback, and you’ll soon land on a message that distinguishes you from your competitors.

Junxion supports social impact leaders by building the brands that change the world. Yes, some of our clients would fit neatly into Apple’s ‘crazy ones’ persona. 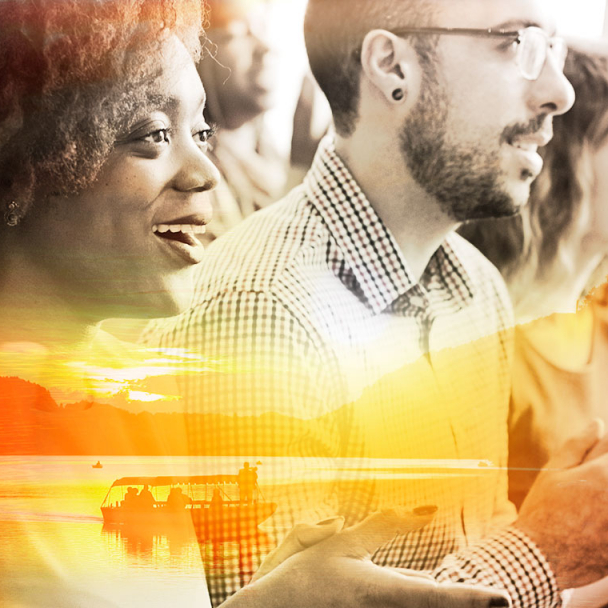 The converging and overlapping fields of sustainability, social purpose, and impact measurement are complicated and technical, at best. The alphabet soup of three-letter acronyms (TLAs!) can make already confusing fields seem even harder to approach. Here’s our glossary of terms, frameworks, and TLAs.