We created a strategic plan that was key to HSBRIS’s successful campaign to have British Columbia’s Átl’ka7tsem/Howe Sound designated a UNESCO biosphere reserve. 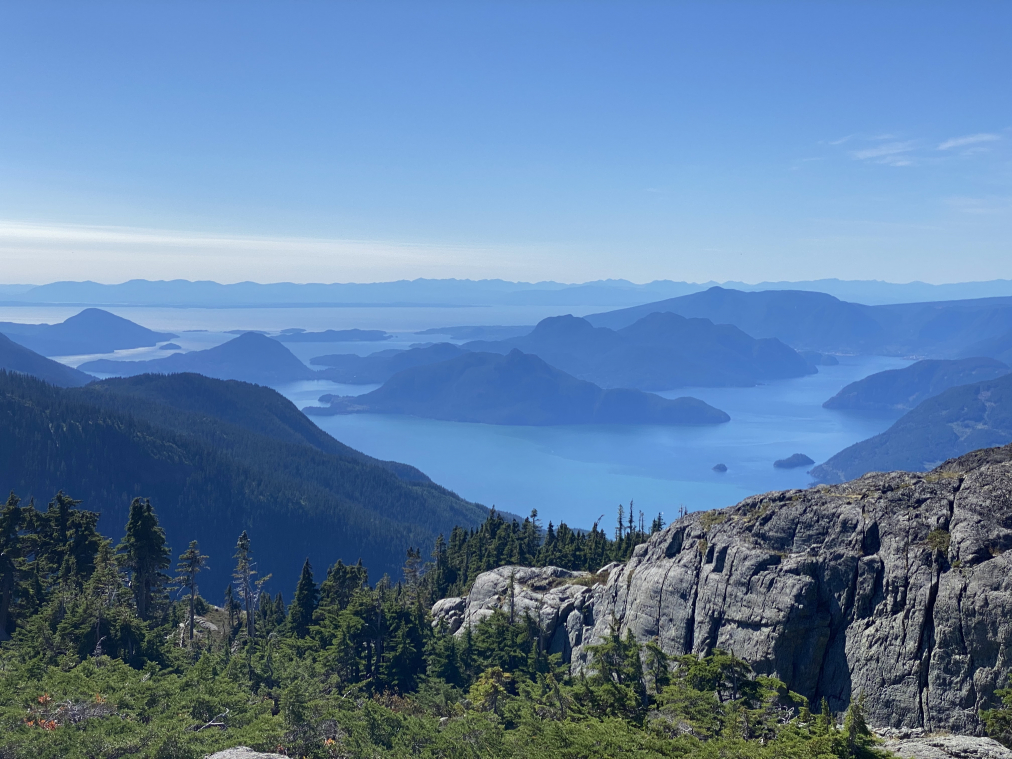 Howe Sound, known as Átl’ka7tsem in the Squamish language, is an area of more than 2,000 square kilometres northwest of Vancouver. Founded in 2017, the Howe Sound Biosphere Region Initiative Society (HSBRIS) believed in the area’s potential to be an outstanding model of sustainability and ecological health, providing a place for people to live, work, and play, now and in the future.

The organization had worked relentlessly to make the case for Átl’ka7tsem/Howe Sound watershed to be designated as a biosphere. In 2021 HSBRIS submitted their final nomination document to UNESCO and approached Junxion to help them produce a five-year strategic plan—a key requirement of the nomination document approval process.

HSBRIS needed to transition from a volunteer-driven organization to a robust and recognized representative body for the Átl’ka7tsem/Howe Sound biosphere reserve. Having made steady progress on its 12-month priority initiatives, it was time for the organization to look further ahead and establish its priorities for 2021-2025. HSBRIS also wanted to determine the best organizational and diversified funding model to help achieve its long-term impact goal. Faced with these challenges, HSBRIS engaged Junxion to facilitate their strategic planning process and help them to produce their new strategic plan.

The plan was developed in collaboration with the HSBRIS board and executive director, Squamish Nation representatives, and community groups. It was informed by eight years of dialogue with stakeholders and government. Junxion led two half-day strategic planning workshops to set out the 10-year vision for the region and the purpose of HSBRIS, and determine five-year strategic priorities and programme areas. Several rounds of collaborative review followed, resulting in the final plan.

The new strategic plan presents a refreshed vision and purpose for HSBRIS. It sets out guiding values and four strategic priorities for the next five years to ensure the organization moves meaningfully towards its vision. As a ‘living roadmap’, the plan will be reviewed and updated annually to ensure HSBRIS remains responsive and flexible.

On September 18, 2021, UNESCO officially announced Átl’ka7tsem/Howe Sound had been designated as Canada’s 19th biosphere reserve. UNESCO biosphere reserves are areas of global ecological significance that make an ongoing commitment to the United Nations to strive for sustainability. They are not parks, and they have no legal authority. They are places where people are inspired to find ways to live and work in harmony with nature. Átl’ka7tsem/Howe Sound’s UNESCO designation will allow local authorities to collaborate more effectively on conservation and development. Our strategic plan was an important element of the successful submission.

HSBRIS is responsible for managing and maintaining the UNESCO designation of Átl’ka7tsem/Howe Sound, supporting initiatives that contribute towards the objectives and build consensus with the region’s many sectors. The strategic plan helps HSBRIS ensure that it has adequate capacity and resources in place to serve the region and fulfil its purpose for the long-term.

Let's Be Audacious, Together...
In a time that calls for courageous conversations and bold solutions, we invite you to take the leap.
Let's start a conversation
We use cookies to ensure that we give you the best experience on our website. If you continue to use this site we will assume that you are happy with that.OKPrivacy policy